Many people have been asking about the new project that we’re working on called Earth Sector. Earth Sector is a new internet series that we’re hoping to put online by next year. Filming is currently underway for the first two episodes. You’ll see some familiar faces from previous projects and some new faces. But let’s break down what this is all about.

What is the series about?

The story takes place in present day Earth. Ten years prior, nearly half of an alien civilization has traveled to Earth to escape genocide and tyrannical rule on their planet. In an agreement known as the Kelis Act, the US government has agreed to allow the travelers to safely migrate to t he United States. However, this is not without consequence. With a new species living among the American people brings different types of problems. Different types of crime. Crime that regular law enforcement may not be equipped to handle. That’s where the intergalactic task force comes in; comprised of alien and human agents.

Who is in the series?

Returning for another Tatum Pictures production. Jeannie has previously been seen in The Underworld – The Series and Indiana Jones and the Secret of the Apalachee. Originally cast to play Detective Janet Rigby in, the now canceled Finding Rigby. However, the character of Janet Rigby has found new life in Earth Sector. And Jeannie is returning to play her.

This will be Kaitlyn’s first production with Tatum Pictures and we’re happy to have her aboard!

Although Collin was previously cast in the subsequent sequels to our Star Wars fan film, production never finished due to the pandemic. Earth Sector will technically be Collin’s first Tatum Pictures production. Welcome aboard!

This will be David’s first Tatum Pictures production and we are thrilled to finally get him!

Last, but not least, we have John. John has been in countless Tatum Pictures productions dating back to 2003. To name a few, The Underworld – The Series, Indiana Jones and the Secret of the Apalachee, Two Degrees, and Star Wars – Scramble on Uylara.

Keep an eye on the website for updates on production and character spotlights. We look forward to bringing Earth Sector to you!

The adventure began on May 19, 2019 with Star Wars: Scramble on Uylara! This ws our first foray into the Star Wars universe the kicks off a trilogy. The movie has been viewed; locally here in Rochester NY and worldwide on the internet. We are so glad to have brought this to many Star Wars fans out there and look forward to bringing the second chapter to you all very soon. Once the pandemic is under control, we can get back to production. In the meantime, take thirty minutes to rewatch the first chapter!

It’s been a whiles since we’ve posted an update on what we’re doing. Many of you have probably wondered what became of the next chapter in our Star Wars trilogy. And now, with all the craziness surrounding the COVID-19 outbreak, we’ve sort of taken a back seat in favor of things that are more important. That being said, we felt it necessary to update you on where we are with our progress and what comes next.

First of all, we sincerely hope that all of our followers are taking the world’s current situation very seriously. Here, in the state of New York, all non-essential businesses have been forced to close and are telling everyone to stay home. So this means that production is at a stand still for Star Wars: Emergence of the Dark Side. Although, there have been other delays that have impacted production, this has been the most serious so far.

So, what are we up to. Well, over the next few weeks, we’ll be airing some of our old work on our Facebook page (assuming Facebook doesn’t try to sensor it). Since we have some downtime, we’ll also attempt to put up some unseen footage and behind the scenes from some of our movies. And when production picks back up, we’ll be sure to let you know! So, stay home. Be safe. And we’ll be sure to keep everyone in the loop! 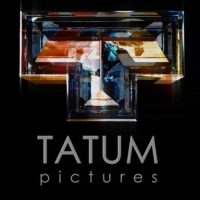